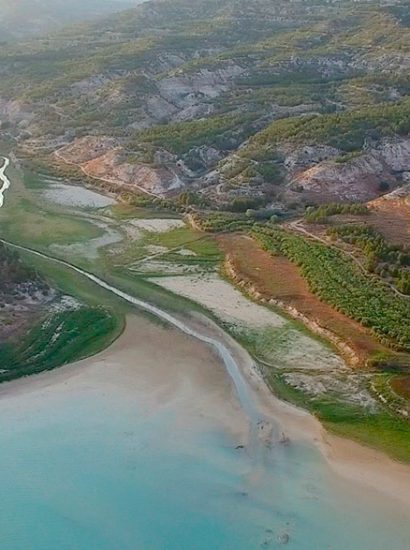 from everyone to everyone.

Responsibility for the management and coordination of the proposed Geopark lies withe the Granada Geopark Project Coodinating Commitee, made up of representatives of the institutional, socio-economic and scientific agents involved in the project, through an agreement signed on 07 November 2017.

The Coordinating Committee is a participatory management structure comprising  representative of each signatory, except in the case of the Associations of Local Authorities of Baza, Guadix and Huéscar which will be represented by 2 people for each on the aforementioned associations. The Coordinating Committee has the assistance of the Technical Committee and the Scientific, Socio-economic and Institu- tional Working Groups.

The proposed Geopark has a consolidated scientific working group, comprising researchers of renowned prestige and with substantial experience in projects and scientific research in the area.

This working group’s task is to advise, coordinate and promote measures related to the research, analysis, study, dissemination and scientific knowledge linked to the project.

It has been operating since 2015 and has participated actively in the proposal to define the scope of this project and the scientific studies that confirm the exceptional nature of the territory.

The proposed Granada Geopark is a local development initiative at supramunicipal level, based on the exceptional value of the geological heritage and the cultural and natural resources of the area, and undertaken using a methodology of cooperation and participation of all the agents of the local population. The territory has been working on the project since 2002, and during this time, it has received increasing institutional, economic and social support.

The proposed Geopark is the result of a formal, public process organised to promote the participation and collaboration of all the territorial agents involved: Provincial Council of Granada, Regional Government of Andalusia, Town and City Councils and Local Entities, Associations of Local Authorities, Consortiums, Groups of Local Development, Citizenship and Civil Society, Economic Sectors and Collaborating Scientific Institutions (Geological and Mining Institute of Spain, University of Granada, University of Jaén).

The organisation and coordination of the territorial agents has been carried out through the creation of Working Groups representative of all sectors that affect the future Geopark.